Adams 2019 Year In Review: A Year of Closings & Openings 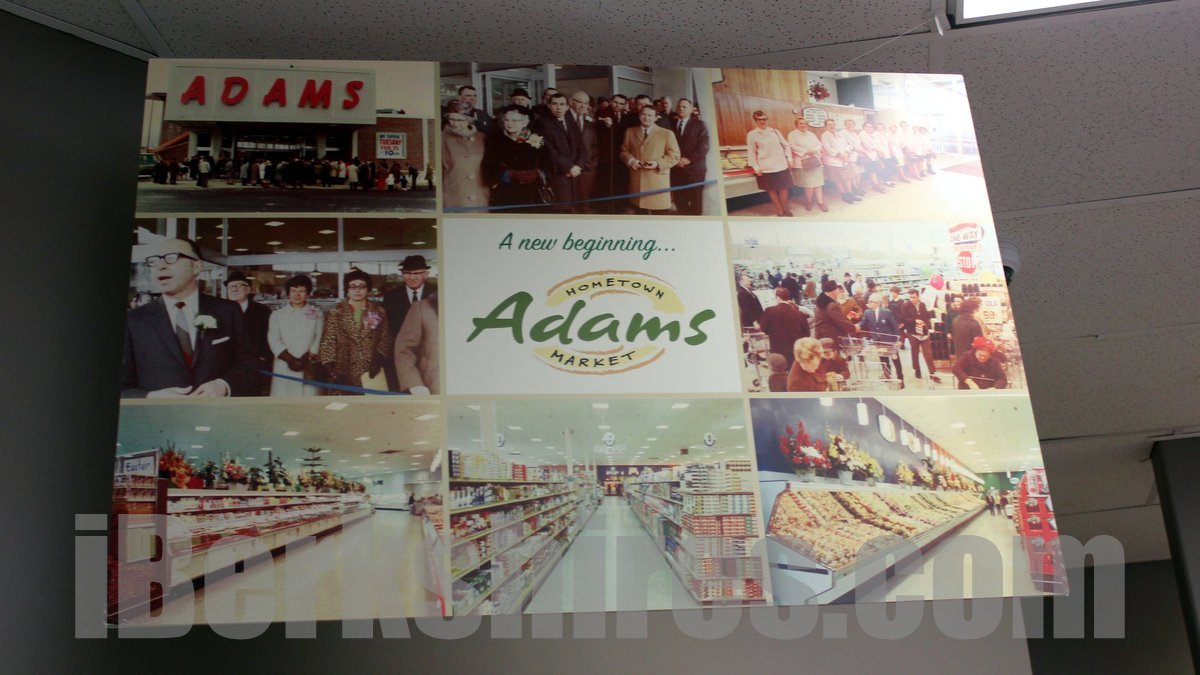 The reopening of the town's only supermarket was greeted with cheers.

ADAMS, Mass. — The community was thunderstruck in February when Big Y announced it would close the Myrtle Street location that had once been the flagship store of the Adams Supermarket chain.
The sudden news — and loss of 90 jobs — been a shock to officials in this former mill town that's been struggling to inject new life into its lagging downtown. There were fears the closure would create a food desert in the Berkshires' third largest community.
It was a blow to the town's pride as well, since the grocery had its roots in Adams since 1917. The Myrtle Street store had opened in 1969 on almost the same spot as the original Adams market and been lauded for its modern shopping convenience. But times change, and the store's size became a liability as supermarkets increased in square footage and merchandise.
Big Y, however, had pledged to bring in another grocer and followed through with the sale to serendipitously named Adam's Hometown Market, a small Connecticut chain not so different from Adams Supermarkets in its heyday.
The closing of one store and the opening of another occurred within a matter of weeks: Adam's Hometown Market cut the ribbon on March 29.
"We're a small company and we have to be very, very careful of our decisions and your municipal leaders, all of you, changed our minds very, very quickly and inspired us in a big way," Russ Greenlaw, vice president of operations, said.
The loss and gain of the town's only supermarket happened at almost breakneck speed but a few other changes have taken longer.
After more than a year without a permanent town administrator, Jay Green was appointed to the post in February.
The prior administrator, Tony Mazzucco, left in late 2017. The town officials jumped right into the search process for a replacement but the 2018 search did not yield a large enough pool of qualified candidates.
A second search began again this past January and narrowed the search to three finalists.In the interim, Director of Community Development Donna Cesan handled the town administrator duties for the second time.
Green came with a lengthy resume that included time as a practicing attorney, administrative officer for the city of North Adams and, most recently, a district manager for Amtrak. He also has been heavily involved in the Berkshire Scenic Railway that's been seen as an important attraction in bringing tourists to Adams.
A second long-vacant position was also filled in the waning days of 2019: a permanent director of public works. Robert Tober, a property manager for a housing program in the Boston area, was offered the job this month.
The town also saw a business with potential move into the former Brown Packaging Co. complex on Howland Avenue. B&B Micro-Manufacturing had started in Adams but moved to North Adams as it expanded. Ready to grow again, the company founded by Hoosac Valley High School graduates Jason Koperniak, Chris St. Cyr and Mitch Bresett looked south to the Mother Town. Jay Green addresses the Selectmen and audience after being hired as town administrator.

The town granted the tiny home builders a tax exemption as they ramp up use of the vacant property. B&B Micro Manufacturing are exempt from paying taxes for two years with incremental increases up to 100 percent over the following seven; it also must hire up to 16 new employees.
A controversial zoning change was debated for months but, in the end, the Planning Board voted in December to recommend it to town meeting.
The state's 40-R program allows communities to create a zoning overlay targeting existing properties for dense "smart growth" and offers incentives to attract private developers to create a combination of market-value housing along with a certain percentage of affordable housing and commercial space.
Participating communities also receive state money to offset development effects, such as traffic patterns.
The initiative first came before the Planning Board in July and was met with substantial opposition from residents who attended the meeting. Town officials decided to pump the breaks on 40-R and the Planning Board continued the hearing to a later date.
In the interim, the town hosted a series of educational meetings hoping to set the record straight — specifically distinguishing affordable housing from public Section 8 housing that many residents thought 40-R would welcome to town.
Town meeting members will also be offered information sessions on the program before voting on it in 2020.
Also extending into 2020 is an ambitious proposal to found a new music schools at the former St. Mark's Episcopal Church. Plans were announced to transform the former Episcopal church into a music center.

The Adams Anthony Center in conjunction with local businessman and former selectman Donald Sommer announced plans to transform the church on Commercial Street into the Olga C. Sommer Center for Music & Art. The center will house Berkshires Academy for Advanced Musical Studies.
North Adams native and professional jazz musician Richard Boulger and fellow New York City musician and "Saturday Night Live" saxophonist Alex Foster have brought a team of musicians to Hoosac Valley the last few years to run a jazz camp.
The proposed school would offer a more permanent jazz hub in the region. Boulger, Foster and other professional musicians will be able to guide nearly 50 high school students from throughout the county.
The building does need to be renovated and Sommer, who owns it, plans to get this done. He purchased the building and named it after his sister and mother, who both loved music.
But the year ended on sadder news -- the beloved Red Carpet Restaurant would close after 69 years.
Two generations of Haddads have operated restaurant since 1950, serving tens of thousands of meals to mill workers, judges, hunters, and everyone in between. But siblings George and Ann say they're ready to retire and there's no one on the horizon to takeover.
The Park Street eatery closes on Dec. 31, ending along with the year 2019. ADAMS, Mass. — The Conservation Commission applauded the plans done by Cumberland Farms so far and voted to reconvene on April 8 once its engineer has had a chance to review them.
The Westborough-based convenience store chain had proposed to place a new store on Commercial Street between Elm and Prospect streets several years ago. The company ran into opposition in its first attempts to get through the permitting stage and withdrew its application in 2018.
It has returned with a slightly smaller profile for the store and presented its plans on Thursday to the Conservation Commission, which has jurisdiction because of the proximity of the Hoosic River to the proposed site.
The convenience chain is still proposing to demolish Al's Service Center at 95 Commercial St. and two other structures, all owned by Carol Ostrowski, and build a gas station/convenience store just south of its older location that will be closed. There also have been changes in zoning since its initial proposal, when it had to appear before the Zoning Board of Appeals for a variance. This is considered a new application.
View Full Story
Sports