LaForest is running for a second term on the City Council. The city native also is involved with the Democratic City Committee and serves on the Policy Committee for the Massachusetts Municipal Association. He studied at the State University of New York at Potsdam and at Albany, and also attended Massachusetts College of Liberal Arts. He also graduate-level theology studies at Creighton University and Elms College. He graduated from the licensed practical nursing program at McCann Technical School in 2012 and has been a nurse manager at a local nursing home. He is currently executive director of the Hoosic River Revival.
LaForest describes his foray into politics as jumping "into the deep end of the pool." "It's been a wonderful two years," he says.
He sees the City Council as ensuring the protection of the checks and balances in city government. At the same time, he acknowledges that this particular council has been more active than in the past.
"This council has been very active and proactive. Historically, councils have been reactive to the legislation and the budgets that the mayor's office brings to the council agenda," LaForest said. "I have a particular interest in the legislative process, also in checks and balances. ...
"A great example is there was an attempt by the administration to close the gun range at one point, and we determined through public comments, individuals coming to council and contacting councilors that the city wanted to keep the gun range."
Over months of discussion, the council worked with the mayor to keep the range open. It also pushed back on a plan to eliminate lifeguards at Windsor Lake, he said, when upset community members contacted councilors.
However, there are times when the council and administration just can't seem to communicate or move fast enough. LaForest pointed to a paper he'd brought forward on the crosswalk at Brayton School that should not have been there. It took nine months for it to be resolved.
"And it was only resolved because I finally brought a paper back that said it had to be done within seven days," he said. "And believe it or not, it wasn't the solution that I was looking for in the beginning, but it was the solution that the administration basically forced on us [because] two months after we voted to remove the crosswalk, it still hadn't been removed."
The administration has a lot to administer, he said, but it shouldn't take nine months to get something like this done.
"I would agree that each mayor has their own administrative style and each council has its own chemistry," he said, "And when you put nine people who are willing to put themselves out there, willing to run for office, in the same room, there are a lot of big personalities, so to have the mayor who has a strong administrative background — there are times when we butt heads, and there are times when we disagree on how to get from point A to point B."
Still, he thought there's always room for better communication. Despite some hiccups, he said, "it's been a very busy year." The council approved ordinances related to legalized marijuana, rewrote the ordinance for the Public Arts Commission, and resolved the gun range even though some crosswalk issues have dragged on.
"There's a lot a big learning curve to being a councilo, and there's a lot of homework to do to make sure that you know, we're not just making decisions out of thin air," LaForest said. "They do actually have to follow the law. You know, the laws of North Adams, the state and the in sometimes the federal government and the Constitution."
He sees a busy term coming up as well as the council could be looking again at a plastic bag ban, ordinances relative to taxi and Uber services, ordinances relative to short-stay rentals like Airbnb.
"Each councilor brings his or her own agenda items and talents to the council. So I think it's good," LaForest said. "You know, we are the legislative body of the city and just like individual legislators in Boston and Washington, we bring legislation to the to the chambers for debate and enactment.
"We have the opportunity to do a lot of great things to support the mayor and also to make sure that system of checks and balances is in place for the people of North Adams."

Wilkinson was first elected to the City Council in 2013, lost in 2015, was appointed and then won another term in 2017. He was a longtime member of the Planning Board, served two terms on the Redevelopment Authority, and has been chairman of the Mobile Home Rent Control Board for 28 years. He came to North Adams in 1975 after graduating from Springfield College to run the greenhouse program (now run by the school department) for what is now Berkshire County Arc. He became a real estate appraiser and operates Wilkinson Appraisal Associates on Church Street.
Wilkinson would like to bring more of his experience in real estate and planning to the City Council. He was instrumental in reforming a zoning ordinance that had left a number of grandfathered commercial properties in limbo after they had been vacant for two years. The change allowed them to return commercial use and it allows homeowners to rebuild after unforeseen causes even if the property does not meet modern zoning regulations.
"We have a site plan review process where any business that wants to come into the city has to go before the Planning Board, they get a set of conditions usually, in order to be able to open business," he said. "There's nothing on the books for enforcement, you can send the zoning officer out ... They can fine them. But nobody pays the fines and it costs too much to take them to court. So I think
"I'd like to work on an ordinance ... that put some meat into what the Planning Board can do, they can actually pull a permit if somebody is doing something is wrong."
He also would like to see something down about the commercial tax rate, the highest in the state.
"I was asked a question last night about economic development. And it was a matter of, if we have the highest tax rate in the state, why would somebody want to come and do business here?" he said. "So if you're going to shift the burden to the residential one, they're already paying, but having a hard time paying some people that tax, the only way you can get that commercial rate down, is somehow lift the level of the number of dollars that we take in."
Wilkinson thinks some of the answer maybe in the estimated $3 million in outstanding taxes, fines and interests owed the city.
"Maybe there can be a commission set up or an organization or something like that to be able to solve that problem," he said. "We shouldn't be sitting on all this debt. It's just not fair."
The city's surplus property could also provide some revenue, but requests for proposals have been out there numerous times, he said, "and sometimes they're not exactly desirable properties. And that's their difficulty in finding somebody to want to purchase them."
Wilkinson would also like to take another swing at moving council meetings up to an earlier time than 7:30 p.m. Over the past term, meetings have often gone to 10 p.m. or later.
"I've already gone down that road and got shut down but it goes to show you that you should. Councilors should try you know, if they've got something ... it went to committee and committee recommended it going down. It just didn't get make make it back when we got to the whole floor."
In addition to the zoning ordinance, Wilkinson thinks he may have had a impact on the decision of the schools to implement free lunch after he loudly objected during a council meeting to children getting sandwiches if they hadn't paid their lunch tabs. "I saw some injustice in the school system," he said. "The very next year, everybody got a free lunch. So I don't get I don't know if I had anything to do with it."
He thinks his experience with two administrations, years on the city boards and his background in real estate will be beneficial to a council of which at least a third will be new.
"We're going to have new council members one way or another, even if the entire incumbents get re-elected," he said. There should be councilors there to show their experience and show the way. I think that's important. I've brought a lot of good things to council and I come prepared."
The full Candidate Conversations can be found here. 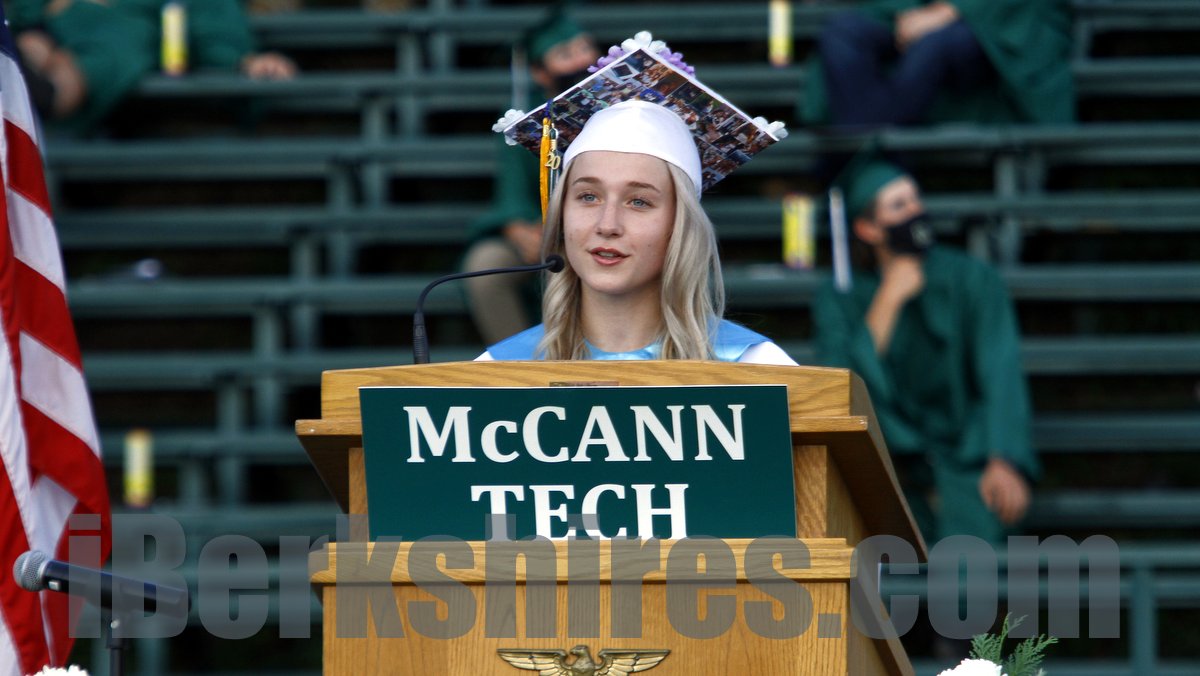 New McCann Class of 2020 Urged to Highlight the Positive New McCann Class of 2020 Urged to Highlight the...