By Stephen DravisiBerkshires Staff
05:13AM / Monday, December 27, 2021Print Story | Email Story
WILLIAMSTOWN, Mass. — After ending 2020 with upheaval and uncertainty at the highest level of town leadership, the Village Beautiful began 2021 with more of the same.
And it enters 2022 without any real stability.
The year that is ending is arguably less tumultuous than the one preceding, and there was (finally) resolution on at least one issue that dominated one of the town's boards for more than a year.
But in other areas, the word of the year is "interim" as the town went through most of 2021 with a town manager and police chief were installed as caretakers while the Select Board makes a second try to find a permanent occupant for the corner office at town hall.
Here is a look at some of the stories we have been following this year. Both former Town Manager Jason Hoch and Police Chief Kyle Johnson, seen her in happier times, both left within months of each other. The town has had interim leadership over the past year.

1. Quest for new town manager begins ... and does not end.
It did not take long for the other shoe to drop.
Two months after the town's longtime police chief resigned in a surprise December 2020 announcement, the town manager, who oversees all town employees — including the police chief — followed suit.
Jason Hoch announced his departure in late February, but he agreed to stick around through the end of the fiscal 2022 budget season and give his bosses on the Select Board plenty of time to develop a transition plan.
That plan started with the appointment of an interim town manager, and after having one of its two finalists essentially pull out during his interview, the board appointed Charles Blanchard.
Long-term, the board created a search advisory committee and employed the same national head-hunting firm that found Hoch six years earlier.
That screening process yielded two candidates, who were interviewed in November. But the Select Board decided not to offer either candidate the position and instead opted to reopen the search process in hopes of finding a permanent replacement for Hoch in spring 2022.
2. Pot proposal passes at last.
It took a couple of years and a couple of tries at consecutive annual town meetings, but the Planning Board finally was able to thread the needle on a proposal to update the town's 2017 cannabis production bylaw provisions.
For months, the board took testimony from residents arguing for sometimes conflicting interests: the need to provide economic opportunities for local farmers and the need to protect nearby homeowners from negative externalities of large-scale marijuana production.
An amendment on the floor — or, in the case of Williamstown's second straight outdoor town meeting, the bleachers — of the meeting may finally have tipped the scales. The amendment added language to the pot bylaw that specifically references another section of the town code, clarifying that cannabis production still would be subject to pre-existing development standards in the bylaw.
So amended, the cannabis bylaw passed with 82 percent of the vote, well more than the two-thirds majority it needed and failed to achieve at the 2021 annual town meeting.
3. Stubborn blaze finally succumbs.
For several days in May, the eyes of the commonwealth were on Williamstown as the state's largest wildfire in more than a decade drew fire personnel from around the region and air drops from the Massachusetts National Guard.
The community rallied to support the overworked firefighters with food and drinks as crews made repeated trips into the woods to contain the fire.
Eventually, the blaze that started on East Mountain burned itself out after spreading east and consuming about 800 acres and coming within a mile of homes in the Blackinton neighborhood of North Adams.
4. Financial fallout of a difficult year.
The town in 2022 will continue to pay, literally, for some of the changes that occurred in the 2020 calendar year.
Town officials likely were relieved when Police Chief Kyle Johnson, who became a lightning rod for criticism of the local police after a whistle-blower lawsuit became public, stepped aside. And many of Johnson's harshest critics in town likewise were glad to see Hoch leave in the spring.
But after their departures it came to light that their respective separation agreements included long-term payouts — in Johnson's case through June 30, 2023.
A third departure this year, that of the police sergeant whose lawsuit ignited a firestorm in August 2020, likely included additional fiscal costs, but town officials have not disclosed the price tag.
The fact that the severance payouts to Hoch and Johnson were not included in the budget Hoch prepared for FY22 caused consternation among members of the town's Finance Committee.
Meanwhile, some residents questioned the cost of two town initiatives intended to address the issues raised in the lawsuit filed by former Sgt. Scott McGowan: a townwide survey to look at policing needs and an independent investigation of the allegations raised in the lawsuit.
5. A return to normal-ish. 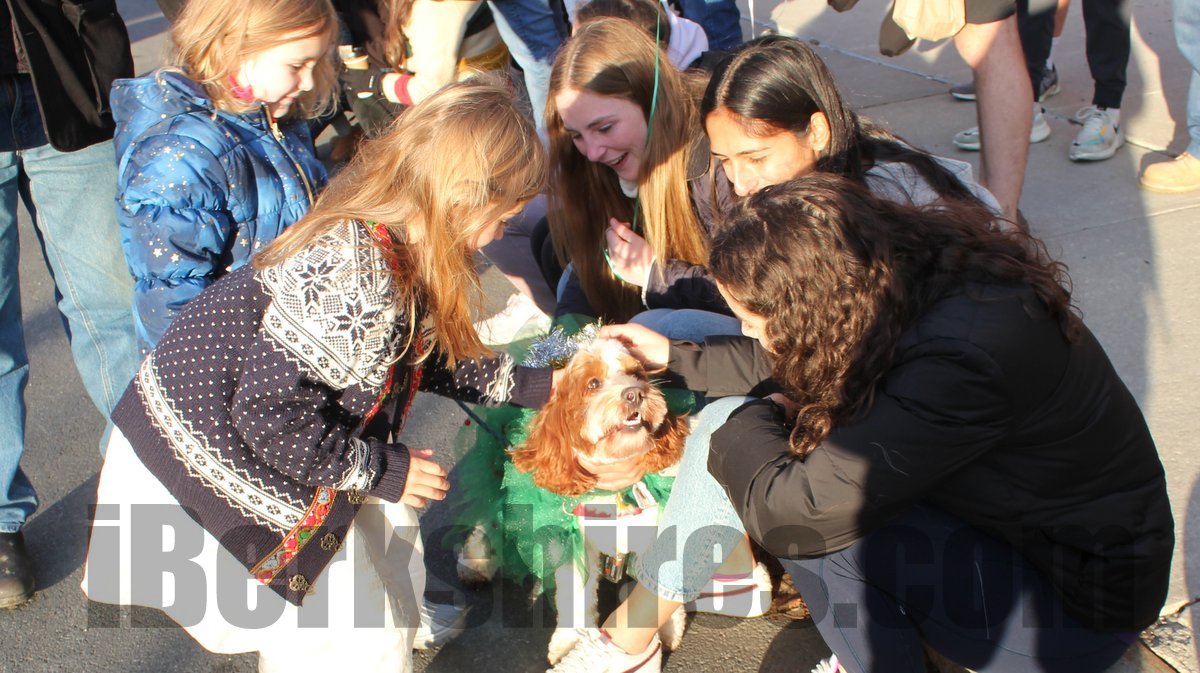 This year saw the return of community events including the popular Reindog Parade, part of the Holiday Walk.