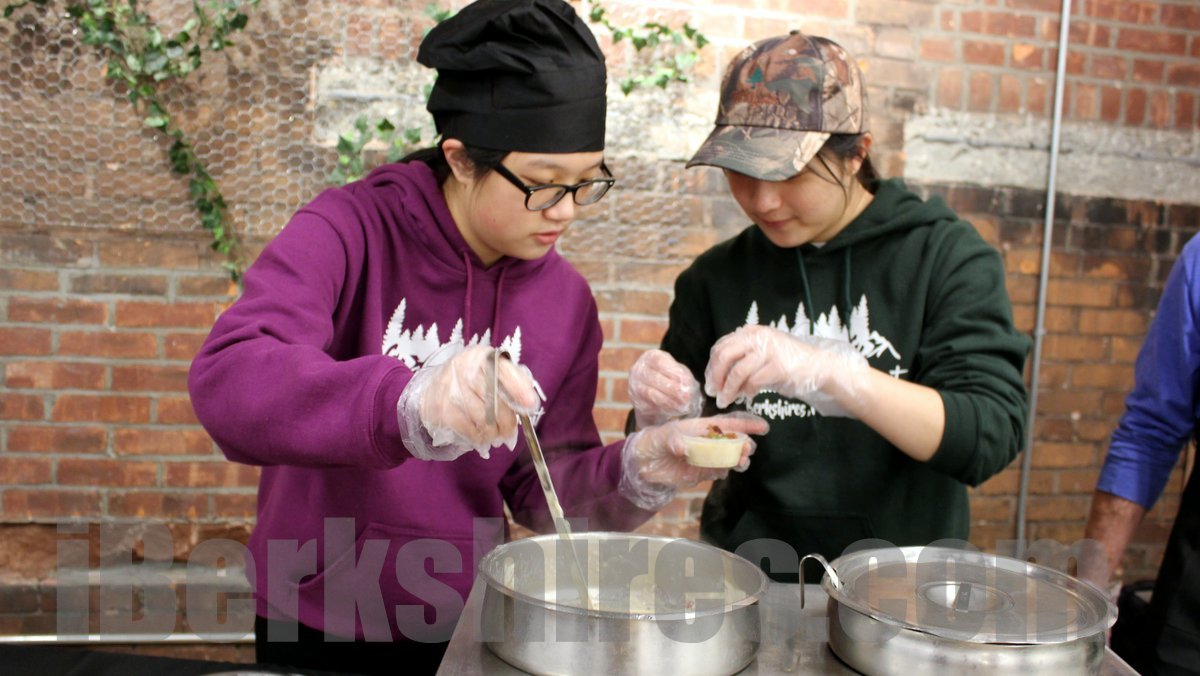 The Wigwam was selected for 'Only in North Adams' unique chowder.  See more photos of Winterfest here.

NORTH ADAMS, Mass. — A newcomer beat out some longtime favorites in the 23rd annual Winterfest Chowder Cook-Off on Saturday.
Clarksburg School, in its first showing, won the People's Choice voting while Grazie, which has won top spots twice in the past, was selected by a panel of judges as the best chowder in the city.
More than 4,000 samples from 14 entrants were slurped down at The Green on Main Street over a two-hour period on Saturday afternoon.
Judges were Nick Moulton, chef of Mezze Bistro in Williamstown; Nina Zacek, general manager of Tourists; and Cheryl Adams, a DJ at WUPE.FM. They blind taste-tested all 14 entrants and declared Grazie as the winner. Grazie also won in People's Choice and came in third in judging in 2018.
Second place went to Bounti-Fare, which frequently places in the top three for judging and People's Choice, and Wild Oats Market, which served up a shrimp chowder this year.
Judges' Choice winners were announced to the participants at the end of the event and a total of 351 ballots were cast for People's Choice favorites and write-ins for the Only in North Adams most unique chowder award. Those ballots were tallied and the results announced on Sunday.
For Peoples' Choice, voters were asked to rank their top three favorites, though many just picked one. Competitors were awarded 3 points for every 1st place mark, 2 points for each 2nd place mark, and 1 point for every 3rd place mark.
Clarksburg School received 333 points with its closest competitor another school — Dining Services at Massachusetts College of Liberal Arts, which has competed in the past. MCLA racked up 271 points and third place was A-OK Berkshire BBQ with 202 points.
There were 199 votes written in for most unique chowder, with another newcomer, Wigwam Western Summit, winning "Only in North Adams" for earning 25 votes for its chicken chowder with bacon topping.
This category was a tight race, according to organizers, with only 3 points total difference between the winner and 5th place. 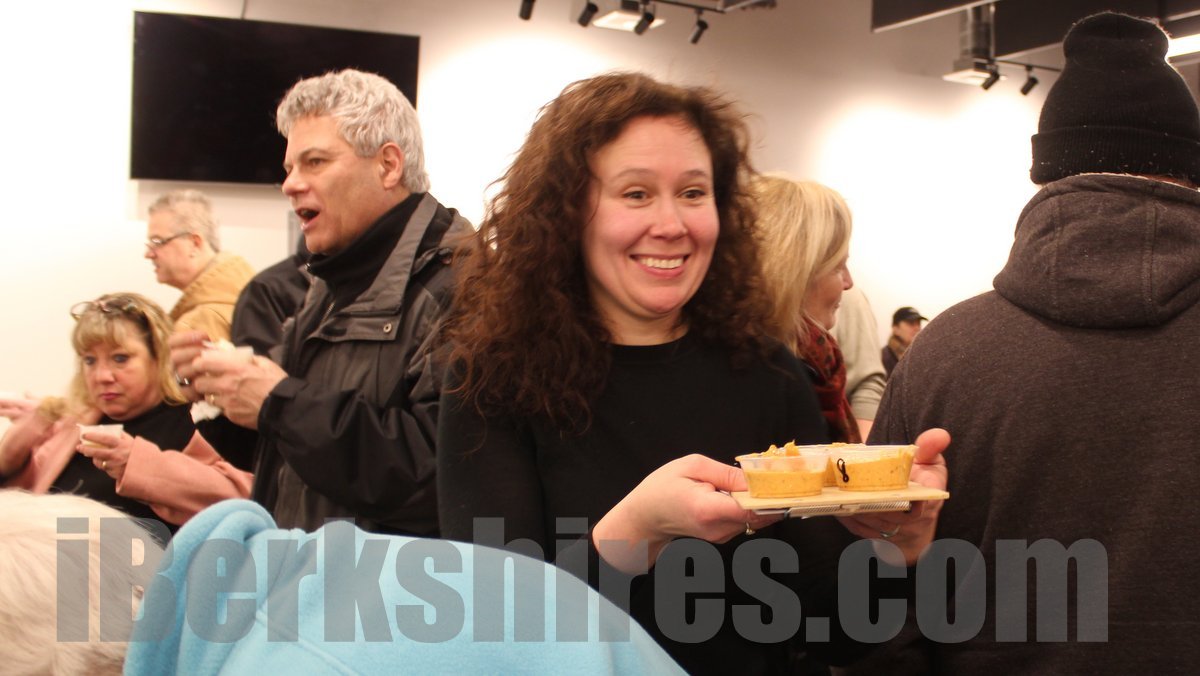 The city's tourism and events director Suzy Helme delivers chowder to the judges, who selected Grazie as this year's winner.

12:00PM / Friday, October 15, 2021
NORTH ADAMS, Mass. — The Clark Art Institute and MASS MoCA announced that as of Nov. 1, 2021 all visitors will be required to show proof that they have received the COVID-19 vaccination prior to entering their facilities.
"The vaccine requirement we put in place for FreshGrass was overwhelmingly well-received, so our staff now has a playbook to work from," said Tracy Moore, Deputy Director of MASS MoCA. "We're committed to maintaining safe and healthy conditions as we approach the winter months and start to spend more time indoors."
MASS MoCA's Vaccine Policy:
Effective Monday, Nov. 1, all visitors to MASS MoCA over the age of 12 must show proof of a full COVID-19 vaccination (accompanied by a photo ID for visitors over 18). Acceptable forms of proof include a photo or hard copy of an official immunization record of a vaccine administered from within or outside the U.S. Digital forms of state or federally issued proof of vaccination such as the NY Excelsior Pass are also acceptable. Children under 12 who are not vaccinated must be accompanied by a fully vaccinated adult. Masks are required for everyone over two years of age while indoors.
View Full Story
A & E